Profile Tours Contact
Galerie Karsten Greve is a leading gallery for postwar and contemporary art with locations in Cologne, Paris and St.Moritz. Karsten Greve opened the first of his own galleries in 1973 in Cologne, debuting with a solo exhibition by Yves Klein. He opened his other European galleries in Paris in 1989 and in St. Moritz in 1999. During more than 40 successful years as an international art dealer, Karsten Greve contributed significantly to the worldwide recognition of artists like Louise Bourgeois, John Chamberlain, Lucio Fontana, Gotthard Graubner, Jannis Kounellis, Fausto Melotti, Pierre Soulages, Piero Manzoni and Cy Twombly; his intimate face-to-face contact with artists providing the basis for the quality of the gallery’s program. 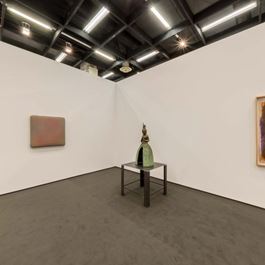