Profile Tours Contact
Thomas Agnew & Sons, established in 1817, is one of London's leading art dealerships and has acted as principal agents and advisors to some of the most important collectors of their time.

The gallery has been involved in placing masterpieces in major collections and museums around the world, handling works by, amongst others, Caravaggio, Van Dyck, El Greco, Frans Hals, Poussin, Rembrandt, Rubens, Vermeer, Titian, Turner and Velázquez, including the latter’s Rokeby Venus in the National Gallery, London.

Since the gallery's acquisition by new owners in 2013, Agnews, led by Lord Anthony Crichton-Stuart, has successfully built upon the gallery’s legacy of acquiring and presenting great works art to museums and private collectors, while also implementing a dynamic and progressive approach which has rejuvenated the company. Working from their new townhouse gallery in St. James’s Place, through an exciting yearly calendar of exhibitions and events, the new Agnews has established itself as a gallery which, while remaining true to the remit of the firm and its high standards, celebrates creativity and diversity through art.

Agnews are uniquely active participants in all areas of the market, from Renaissance and Baroque Old Masters through Romanticism and the 19th Century, right up to the first half of the 20th Century, including paintings, works on paper and sculpture. Recent exhibitions have included ‘Portraits: Beyond a Likeness’ and the much heralded ‘Exceptional Pre-Raphaelite and Aesthetic Movement paintings’, a special exhibition focused on works by leading Pre-Raphaelite artists, including masterpieces by John Everett Millais, Dante Gabriel Rossetti, Sir Edward Coley Burne-Jones, John William Waterhouse and Albert Joseph Moore. The art produced by the Pre-Raphaelite Brotherhood is amongst the most significant and distinctive to have been created in Britain in the 19th Century, as well as a key component of the Pan-European Symbolist movement, and Agnews was at the forefront in sponsoring and promoting it.

The new Agnews is also dedicated to highlighting the work of female artists in Western art history, as seen in their recent show ‘Lotte Laserstein’s Women’, a major exhibition focussing on the work of German-Swedish painter Lotte Laserstein, held 30 years after the original exhibition at Agnews in 1987 which led to a rediscovery of her oeuvre. She can rightly be considered one of the great women artists of the 20th Century, whose skill and reputation had, until recently, been unjustly forgotten.

Today the gallery presents a broad range of genres and subjects, price ranges, and periods in several different mediums, including paintings, watercolours and drawings as well as sculpture. Agnews works with established collectors and curators to refine existing collections, while simultaneously introducing a new and younger audience to the pleasures and satisfaction of collecting. 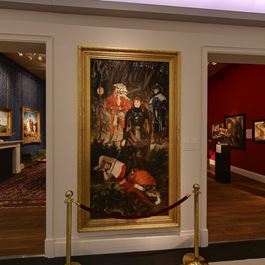 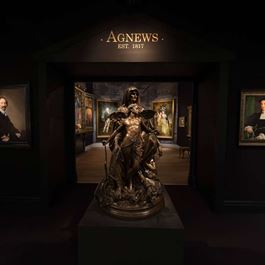 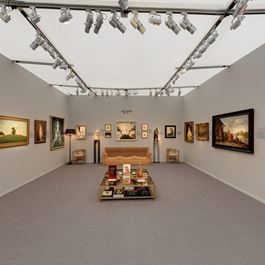