Profile Tours Contact
Kunstgalerij Albricht was established in 1973 by the father of the current owner Bob Albricht. From the very beginning the gallery took part in TEFAF Maastricht and PAN Amsterdam setting the high standards. Bob started working with the firm in 1997 and in 2002 he and his father moved to the current premises in Oosterbeek, a 19th century former town hall giving two floors of beautiful exhibition space and a purpose-built extension, very near the city of Arnhem. Bob Albricht was born and raised amid the highest quality paintings and has succeeded in bringing this tradition successfully into the 21st century. The gallery specializes in works of fine art by important 19th and early 20th century artists such as van Dongen, Jongkind, Toorop, Mondriaan and those from the school of The Hague such as Mesdag, Israels, Breitner as well as French impressionists. We advise and assist both private and institutional clients in the Netherlands and abroad in buying and selling works of fine art. 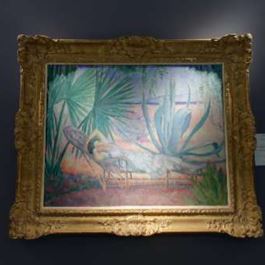