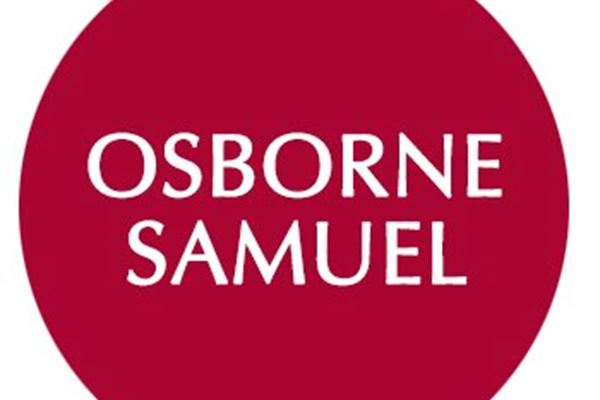 Profile Tours Contact
Osborne Samuel Gallery was formed in 2004 after the merger of Peter Osborne’s company Berkeley Square Gallery and the adjacent gallery, Samuel & Co. directed by Gordon Samuel. The partnership continues the specialities of both businesses, the partners having collaborated on a number of important exhibitions for many years before the merger. The partners have more than fifty years experience between them. Peter Osborne was Director of the Harlech Fine Art Group and founded Berkeley Square Gallery in 1988, which he acquired in 1994. Gordon Samuel was Director at Redfern Gallery and Mercury Gallery before forming Samuel & Co. Tania Sutton became a Director of Osborne Samuel in 2012. Osborne Samuel Gallery is one of London’s leading specialists in Modern British painting and Sculpture and has a high reputation for the quality of its exhibitions and publications. In sculpture there is a strong emphasis on the work of Henry Moore and Lynn Chadwick; and in paintings the gallery deals in works by such as Auerbach, Aitchison, Burra, the post war abstraction of Pasmore, Heath, Frost, Hilton, Lanyon, Blackburn; the neo-romanticism of Sutherland, Vaughan, Craxton and Clough and many others. The gallery specialises in British 20th century prints and is the main dealer in the linocuts of the Grosvenor School. The gallery exhibits at major art fairs such as Tefaf, Masterpiece, Armory NY and Art Miami. Osborne Samuel work closely with the estates of Edward Wadsworth, Lynn Chadwick, Peter Kinley and Stanley William Hayter. Recent ground breaking exhibitions include Keith Vaughan, Prunella Clough, Henry Moore, Eileen Gray, and the complete prints of CRW Nevinson, Cyril Power and Sybil Andrews. As well as the Directors the gallery staff all work closely with collectors and offer an advisory and appraisal service at no cost. 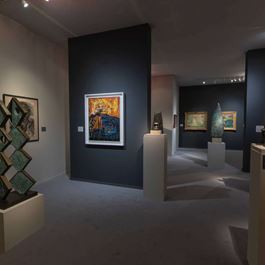 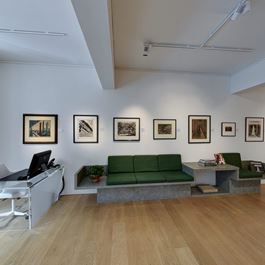 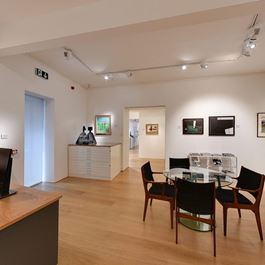 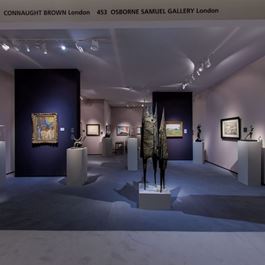 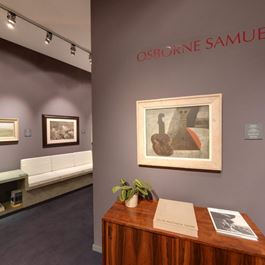